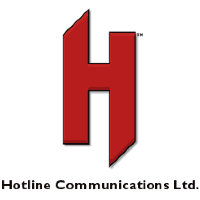 Hotline (or 'Hotline Connect') was one of the early P2P file sharing networks, starting up around the same time as Napster. It has since been almost completely replaced by BitTorrent, and the Gnutella and eDonkey networks, however a handful of Hotline servers are still quietly running to this day. As well as allowing files to be exchanged, Hotline provides chat, news and messaging features, and gives server administrators a high degree of control over user accounts and their privileges.

Although the original Hotline Client and Server applications are no longer maintained, a number of open source alternatives still exist.

These screenshots show the Client and Server displays, and the User List, with server administrators shown in red. 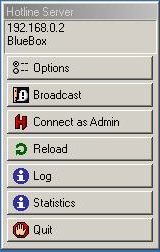 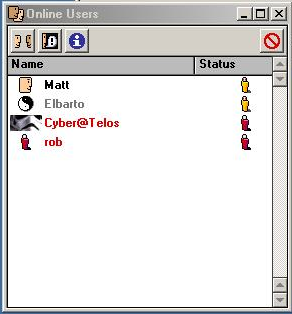 I collected the following documents from many obscure, long since dead, Hotline servers in the early 2000s. They contain technical information about the network protocols used by Hotline, provide advice for server administrators, and explain some of the idiosyncrasies of the client software. These documents were mostly written by independent programming enthusiasts, and are presented here only for reasons of historical interest, and to provide a flavour of the community that existed during Hotline's early days.