This Python utility uses NASA data to generate diagrams of planetary systems. You can find some pre-generated diagrams in the GitHub repository for this project. 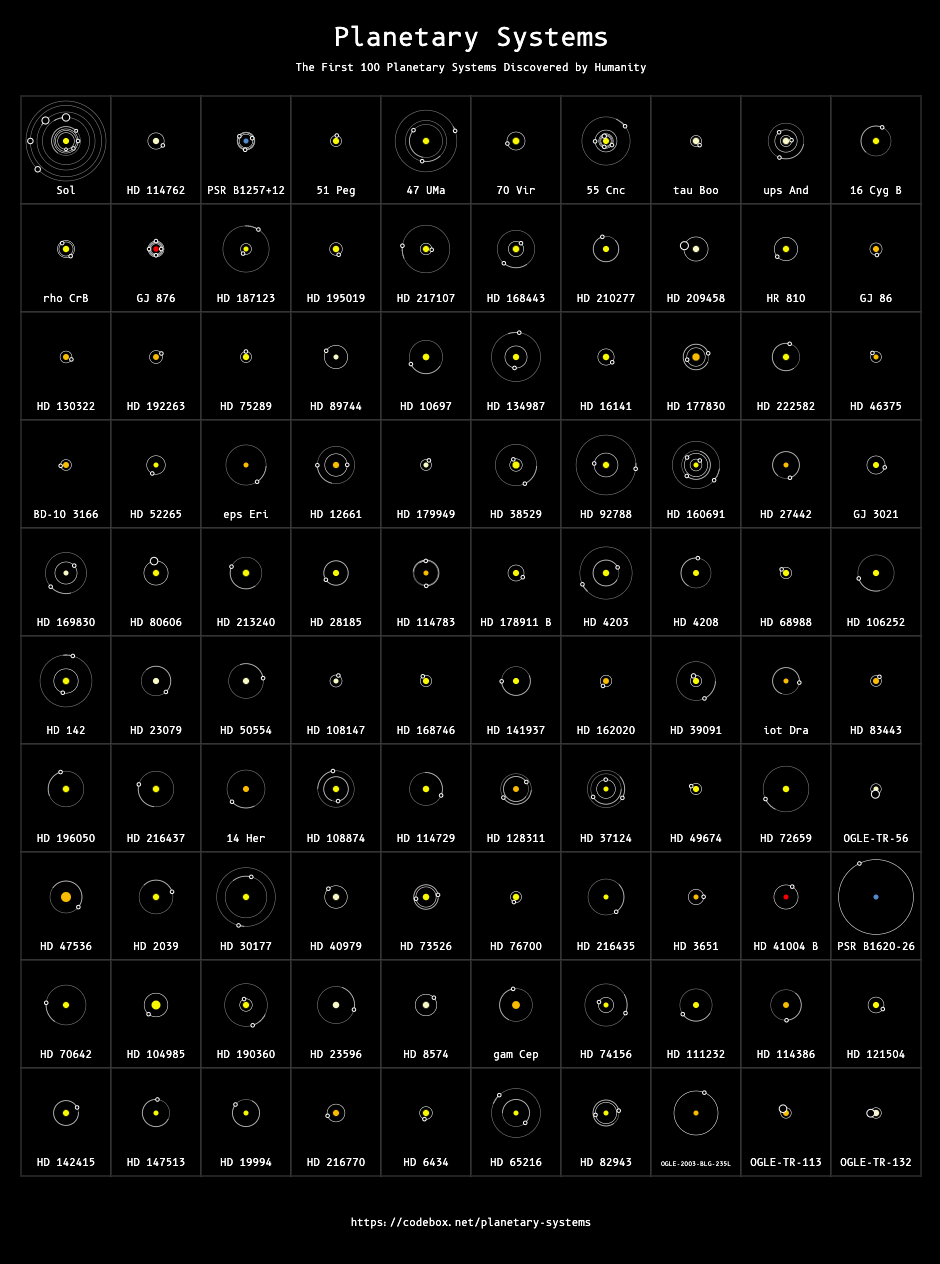 The script has been written using Python 3, and has no external dependencies. To generate a diagram just run the following command from the root of the project:

The script will automatically download the latest data from the NASA Exoplanet Archive and generate an SVG file containing the diagram. The number of planetary systems that will be included can be changed by adjusting the star_count config value. This value, in combination with the sort_order parameter, determines which systems are included in the diagram. 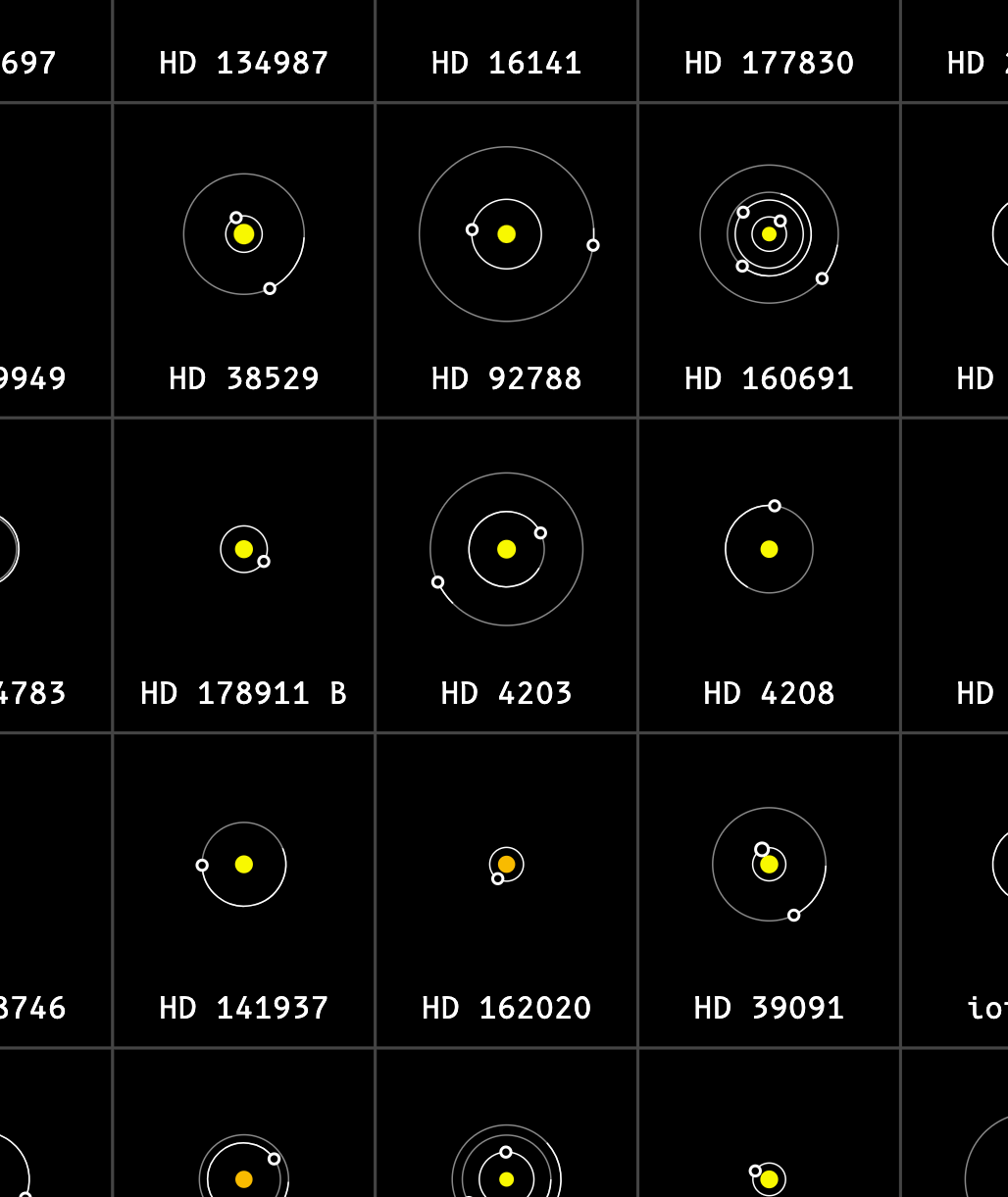 The source code is released under the MIT open source license and is available on GitHub.